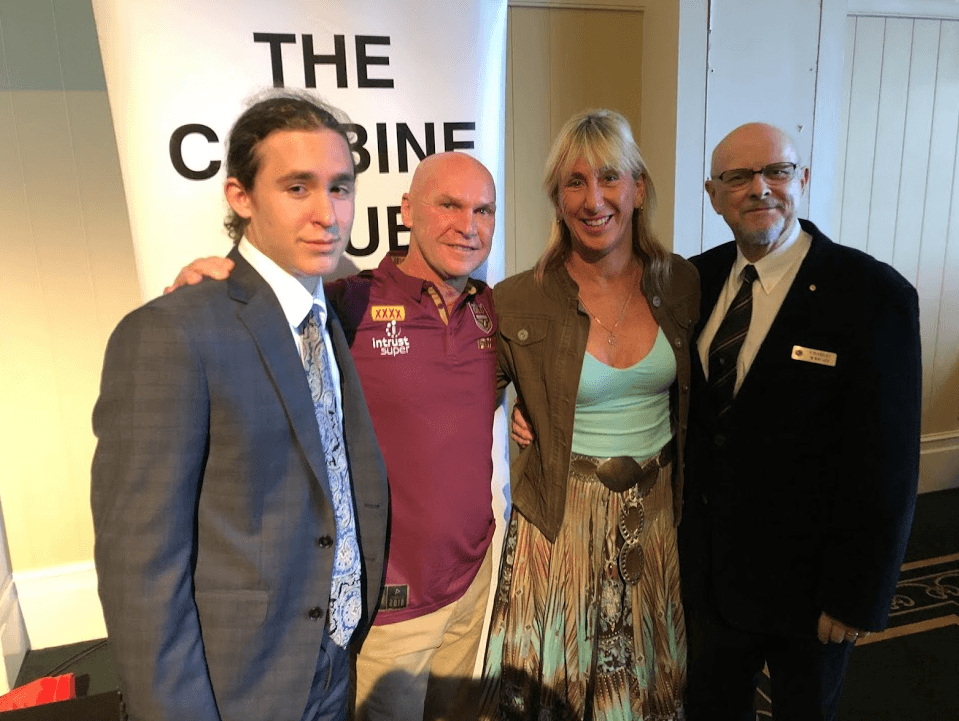 The recipient of the Glynis Nunn award, presented by the Carbine Club of Queensland is Regan Hackett.   Regan’s ultimate aim is to represent Australia in Ice Hockey. He would also love to earn an ice hockey scholarship to an NCAA American University or a Canadian University.

During 2017 Regan represented Queensland at the Midget National Ice Hockey championship.   He was also selected for the scholarship to the Ontario Hockey Academy in Ontario, Canada which he subsequently took advantage of.

In 2017/2018 he attended the Ontario Hockey Academy (OHA)where he studied, lived in dormitory accommodation, played hockey in the highly competitive Eastern Canadian Midget hockey league and trained in sport specific fitness. While there he was recognised for my outstanding fitness achievements and set an OHA beep test record. He joined the OHA at age 15 being one of the youngest members of the midget team and whilst there developed a stronger character, independence, and maturity due to living away from home.

While there he was enrolled in advance level Ontario courses which are the only courses offered at OHA. This was a great challenge developed his perseverance and determination to reach his goals. He attended nightly study hall and weekly tutoring to maintain his passing grades as this was an essential element of schooling. The school/sport day started at 7.30 am and finished at 7.30 pm every day and school assignments had to be completed during my school holidays while travelling overseas to play hockey.

The Gold Coast Academy of Sport would like to congratulate Regan on this award and we hope that the recognition spurs him on to bigger and better achievements.